SAP HANA Database is used to store data in the same database as Oracle DB.

Understanding the Start procedure of SAP S / 4 HANA and HANA DB makes it easy to see what went wrong during Start failure.

Think of UNIX as a Linux-like structure, and think about how to cope with S / 4 HANA start failure and how to deal with it.

In conclusion, I will explain the environment in which HANA DB starts in Linux environment and the starting environment of S / 4 HANA. 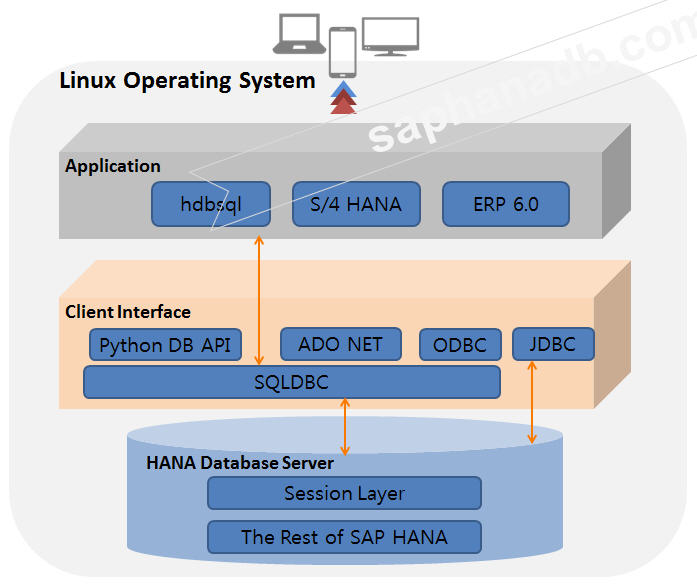 The Client Interface acts as the interface between Database Base and Application.

This section describes the procedure for starting SAP NetWeaver 7.5 for S / 4 HANA. The order of starting S / 4 HANA starts the application of S / 4 HANA after OS boots up and database starts. 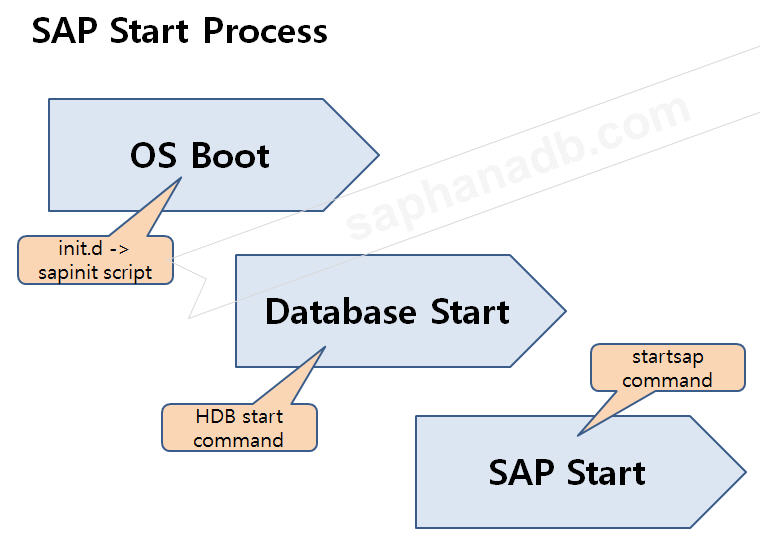 1)OS Boot will start Linux Operation System first. Linux supports SUSE Linux Enterprise Server and Red Hat Enterprise Linux. When booting from the OS, the first thing to start is the sapinit script that exists under /etc/init.d/ in the OS.

2)Database Start is started by HANA DB and starts Database by logging in as <SID> adm user and executing “HDB Start” command.

3)SAP Start starts with the application of SAP ERP 6.0 and SAP S / 4 HANA. Start the S / 4 HANA Application by logging in as <SID> adm user and executing the “startsap” command. 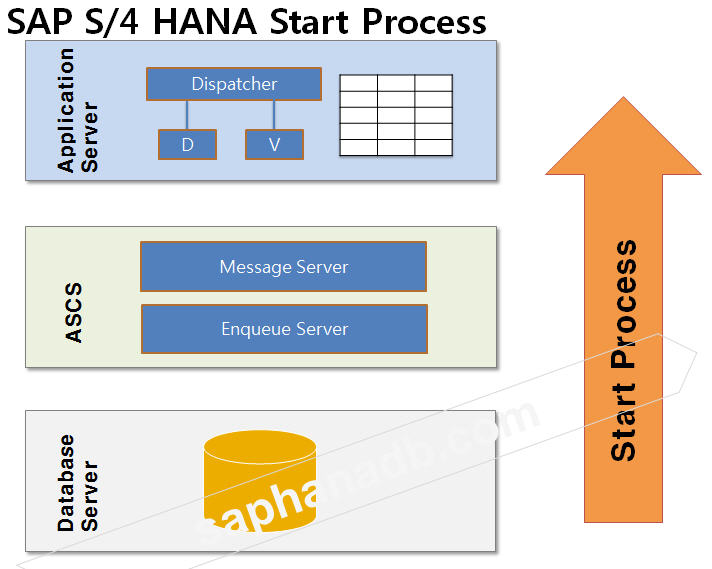 2)ASCS is started by the Message Server and the Enqueue Server.

3)The Application Server is started by the ABAP Dispatcher and the Dialog Work Process.

Describes when an SAP step involves starting or stopping an SAP related service. 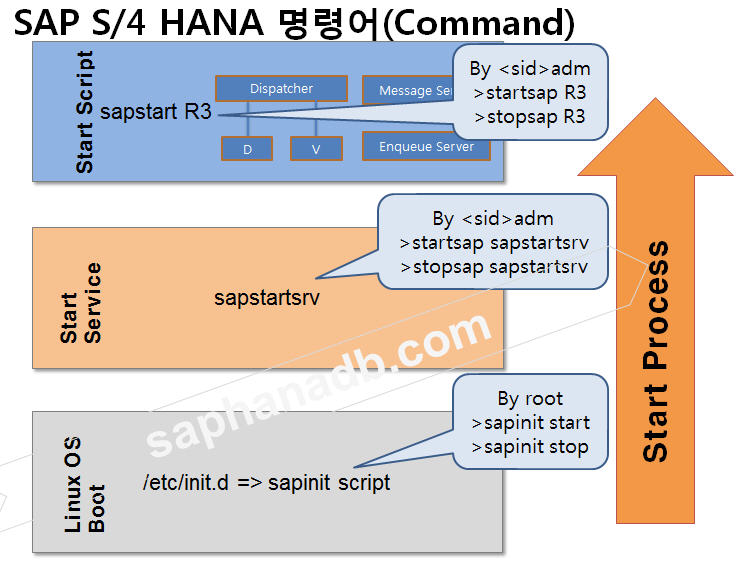 1)The steps that the sapinit script starts in the OS.

2)The step to start the sapstartsrv process.

3)This is the step to start the application of S / 4 HANA. Starting with SAP ERP, when you log in as user <SID> adm and execute “startsap R3” command, the application of S / 4 HANA starts. When stopping, log in as <SID> adm and perform “stopsap R3”. Startsap R3 starts the Message Server and the Enqueue Server. The ABAP Dispatcher, Dialog Work Process, and Gateway Server are started. 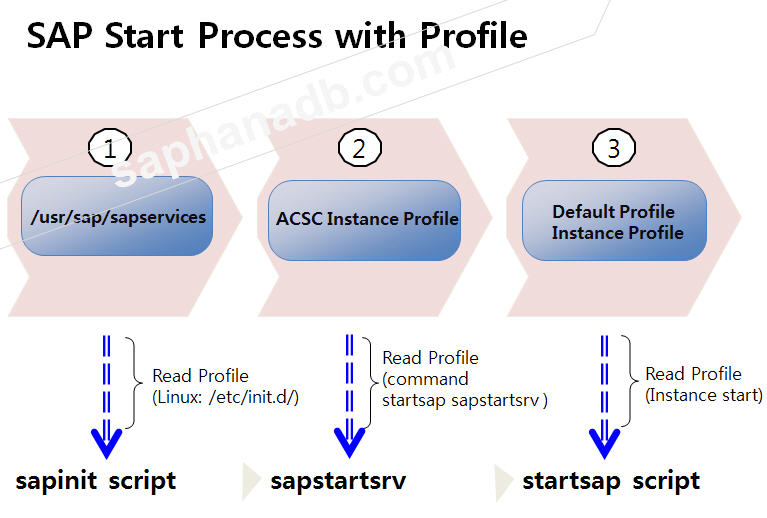 2)When the sapstartsrv process starts, it starts by reading the ACSS Instance Profile.

3)The sapstart R3 command starts the application of S / 4 HANA. When the S / 4 HANA application starts, it starts by reading the Default Profile and PAS Instance Profile.

2)sapcpe copies the exe file in the Global Directory to the Instance Directory.

3)When the PAS is in the same computer as the DB, start the DB. 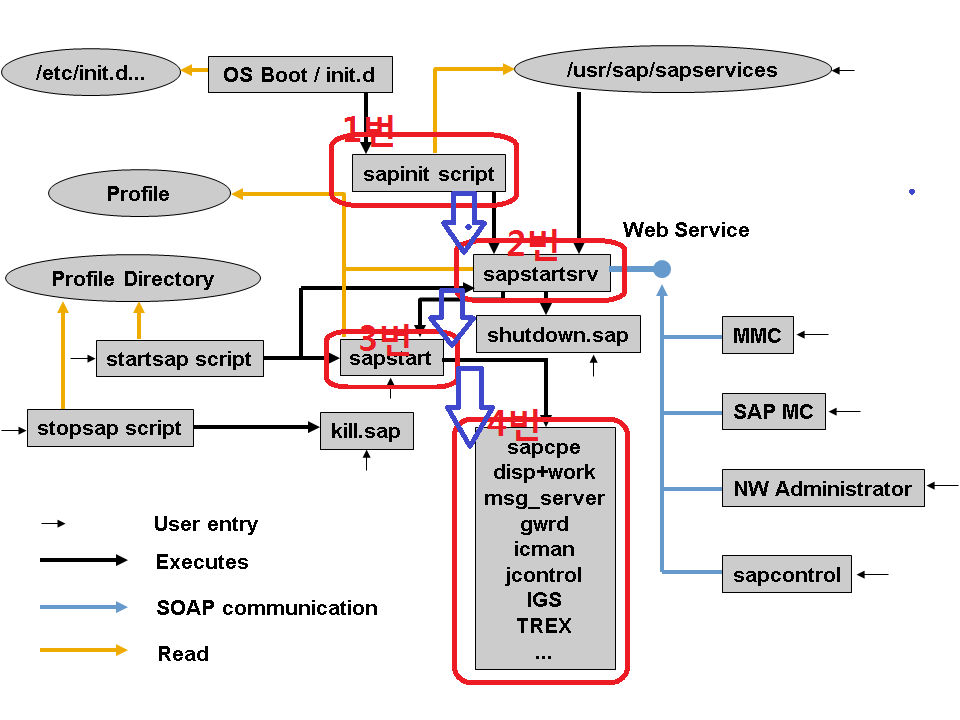 1)When the OS boots, the sapinit script starts.

That is SAP S/4 HANA is the SAP AS ABAP System. 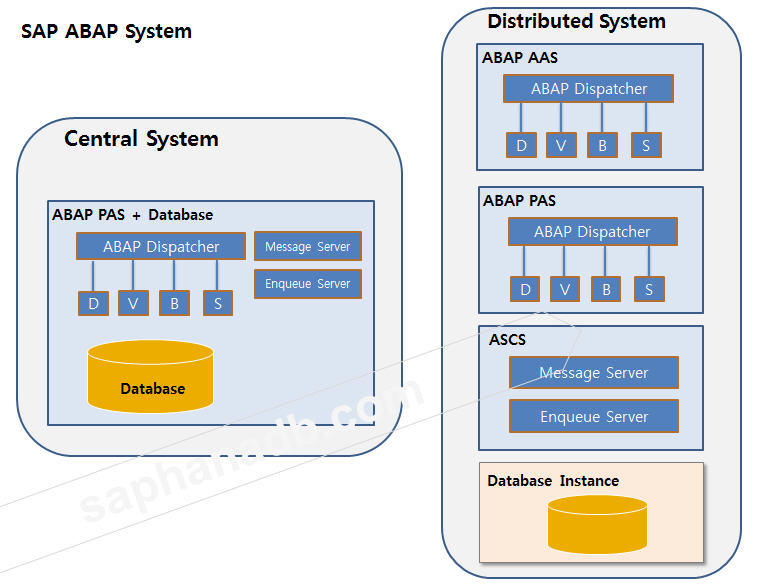 1)Central System consists of ABAP PAS (Primary Application Server) + Database Server on one H / W. That is, S / 4 HANA and HANA DB are installed together in one physical server. So, 1 BOX’s server CPU and memory are shared configuration. 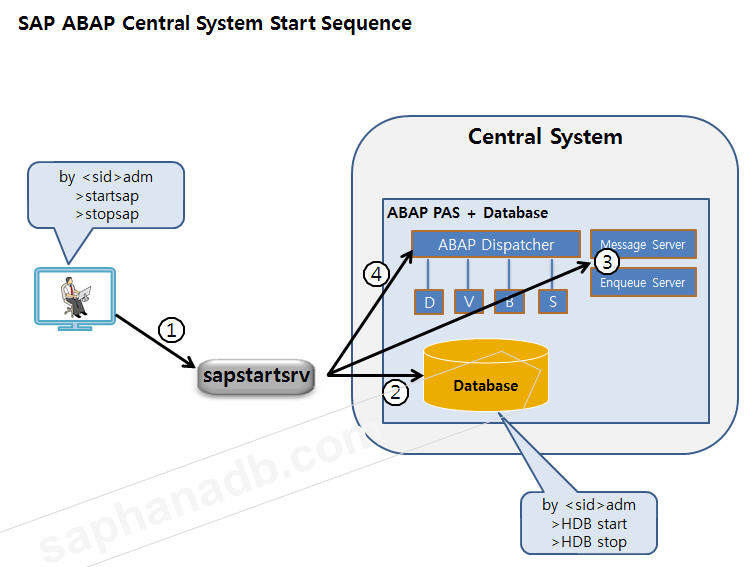 1)The user logs in as <SID>adm. Performs the startsap command.

2)The startsap command starts the database if the database is not started. If you are using HANA DB, you must log in as HANA DB user <SID> adm and execute HDB start command. If it is Oracle, DB will start automatically.

3)The Message Server and the Enqueue Server corresponding to ASCS are started.

Up to this point, the user explained how to start DB (Oracle) and SAP Application by executing startsap command once. 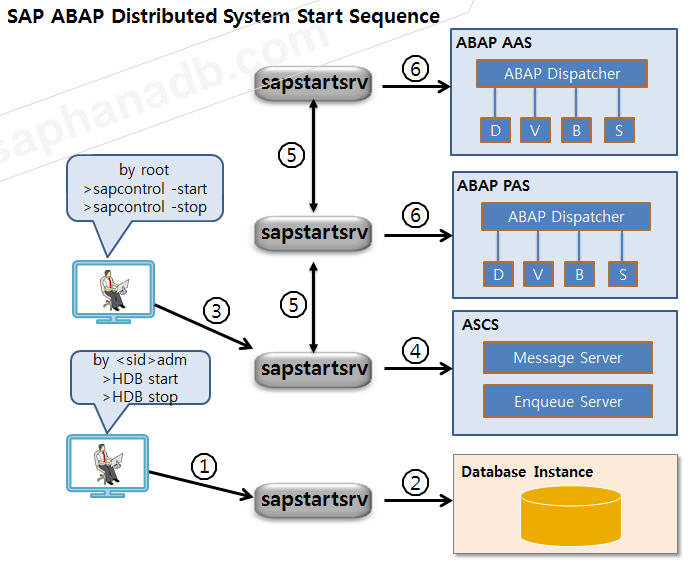 1)Log in as the DB user <SID> adm and perform the HDB start command. Then, if sapstartsrv is not started, start sapstartsrv and start HANA DB.