First, I will describe the System Architecture for SAP ERP 6.0 and NetWeaver 7.0.

2.I will explain the concept of connecting from the user PC to the server which is the most basic to configure all applications. Typical business applications are business processes, such as Zeus, Apache Tomcat, and WebLogic. The SAP ERP System also belongs to the middle part of the application logic. 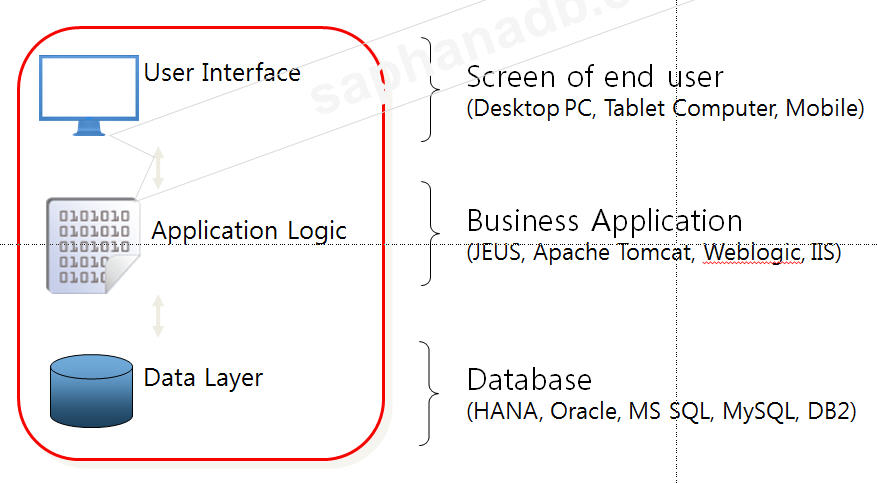 I will describe the terminology of SAP System, SAP Instance, and Process in detail. 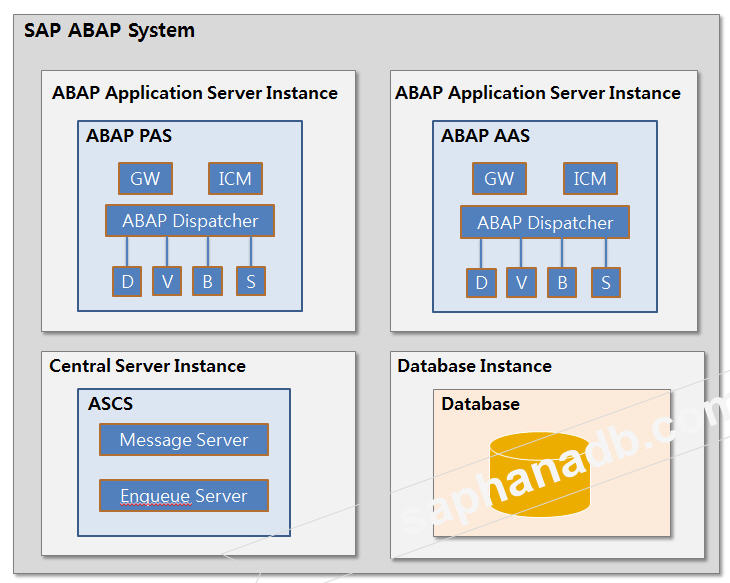 – ABAP and Java System(Dual Stack) : Application with two systems installed on one server

– Central services Instance(SCS) :Instance is composed of Message Server that performs communication between Instance and Enqueue Server that manages Lock. 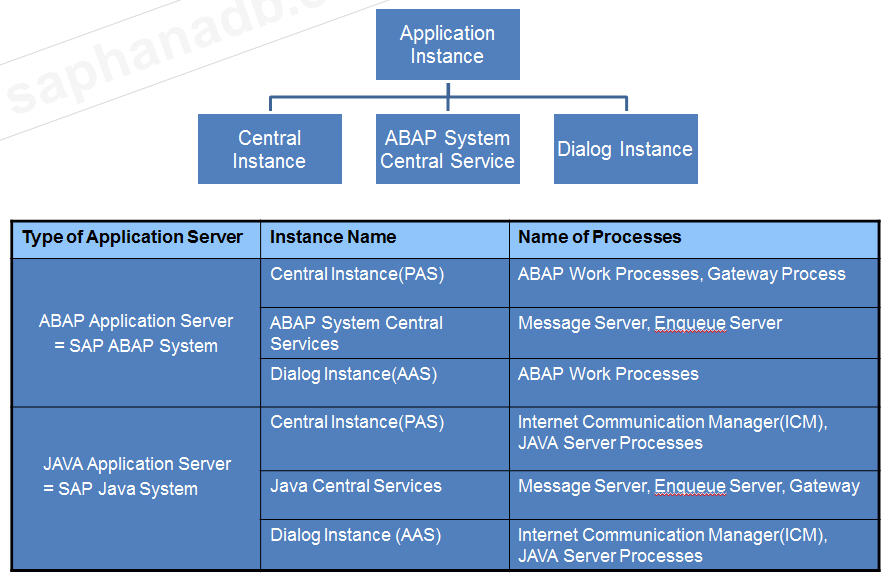 4.SAP NetWeaver AS for SAP ERP 6.0 ABAP System provides a graphical illustration of how SAP Application Server handles business processes when accessing SAPGUI from a user PC. When the SAP ERP system is connected to the SAPGUI from the user’s desktop PC, the ABAP Dispatcher first receives the user request and delivers the user’s request to the Dialog Work Process. Unlike SAPGUI, when a user connects to Web browser called Chrome or MS Internet Explorer, ICM (Internet Communication Manager) is accessed first, user request is received, and the contents requested by user are delivered to Dialog Work Process. 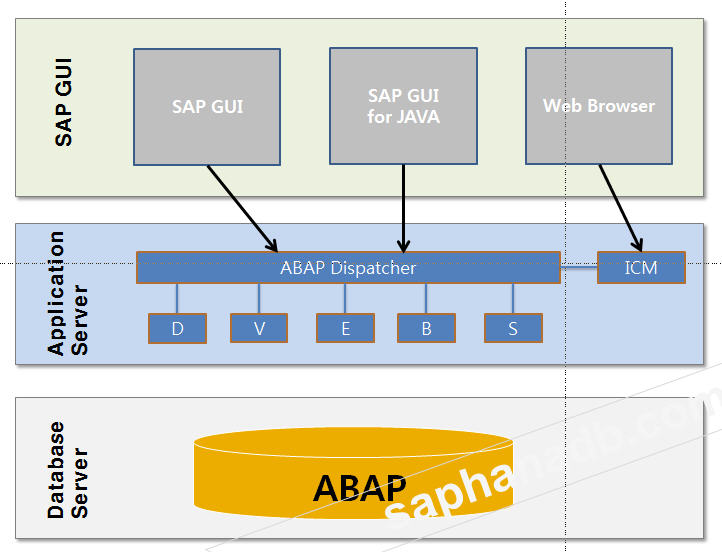 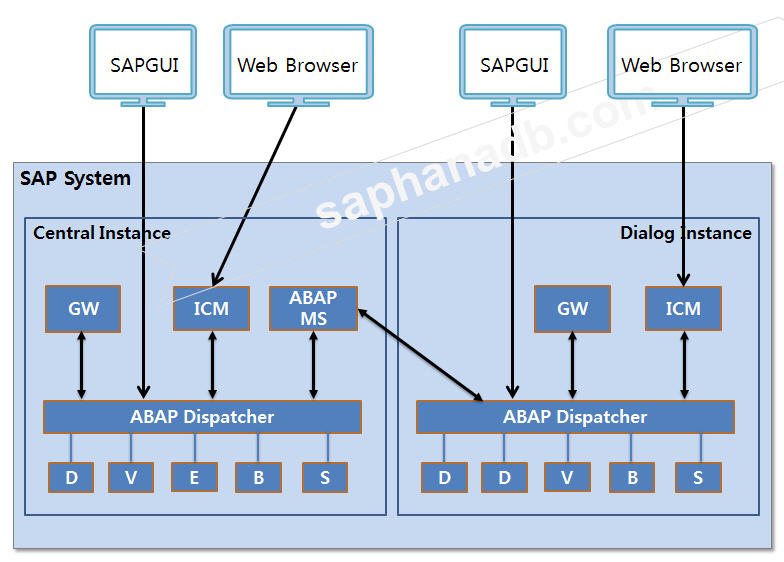 6.I will show you the new changes in SAP NetWeaver 7.1 and later. You can see the new addition of Start Service and ASCS. The ASCS Instance is configured as a separate server so that the previous version of NetWever 7.0 can exist as a Message Server in the CI (Central Instance), which can reduce the load on the CI. High Availability (HA) can be configured. 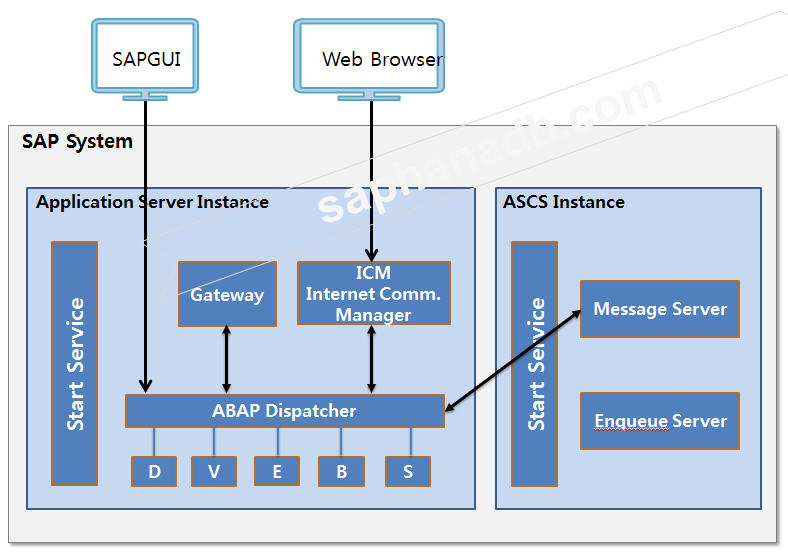 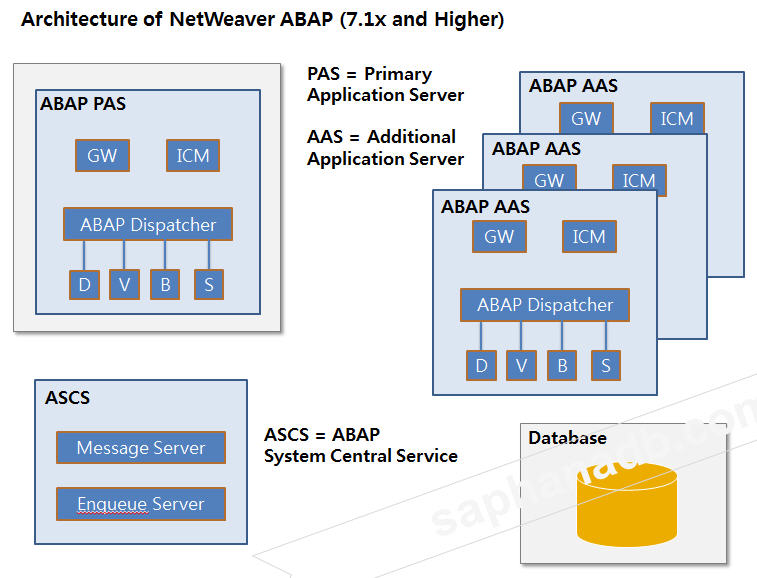 8.We will discuss changes to the System Architecture for SAP NetWeaver 7.0 and NetWeaver 7.1 and later. The biggest change is that you can configure the SAP System separately from the newly created ASCS in NetWeaver 7.1. 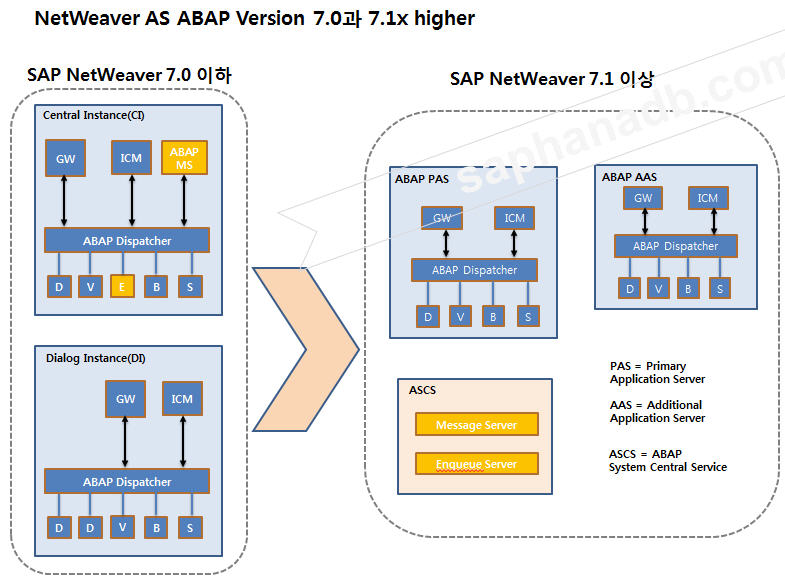 In SAP NetWeaver 7.0 and earlier, the Central Instance (CI) has changed from NetWeaver 7.1 or later to Primary Application Server (PAS) and ABAP System Central Services (ASCS).

DI (Dialog Instance) changed from NetWeaver 7.1 or later to AAS (Additional Application Server) in SAP NetWeaver 7.0 and below.

The Central Instance consists of ABAP Message Server (ABAP), ABAP Dispatcher, ICM, GW, Dialog, Update, Enqueue, Background and Spool Work Processes. There is a Message Server and Enqueue Process We will discuss these two features in more detail. The Message Server performs load balancing when logging in as SAPGUI, and also communicates between ABAP Dispatcher in Application Server.

9.SAP NetWeaver AS ABAP System 7.1 or later versions will be described for each Application Server Instance. 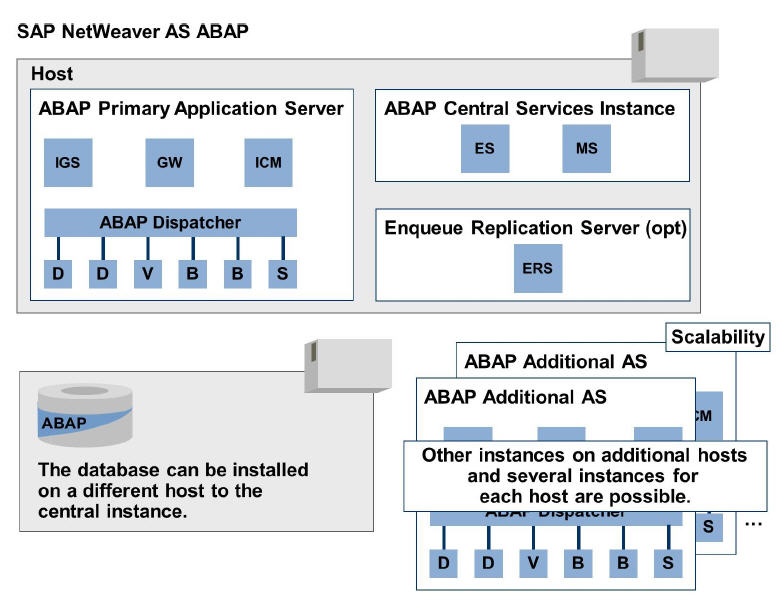 UP2 (Update 2 Processes): The Update2 Process is responsible for performing low-priority updates.

The difference between NetWeaver AS Java version 7.1 and later is Java-PAS, which consists of ICM and Server Process. SDM and Java Dispatcher no longer exist, all of which are managed by ICM (Internet Communication Manager). 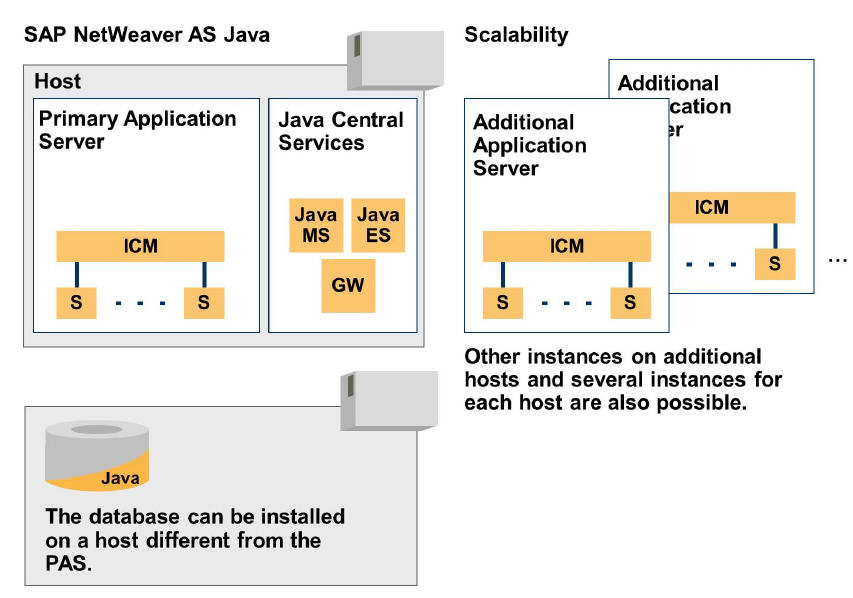 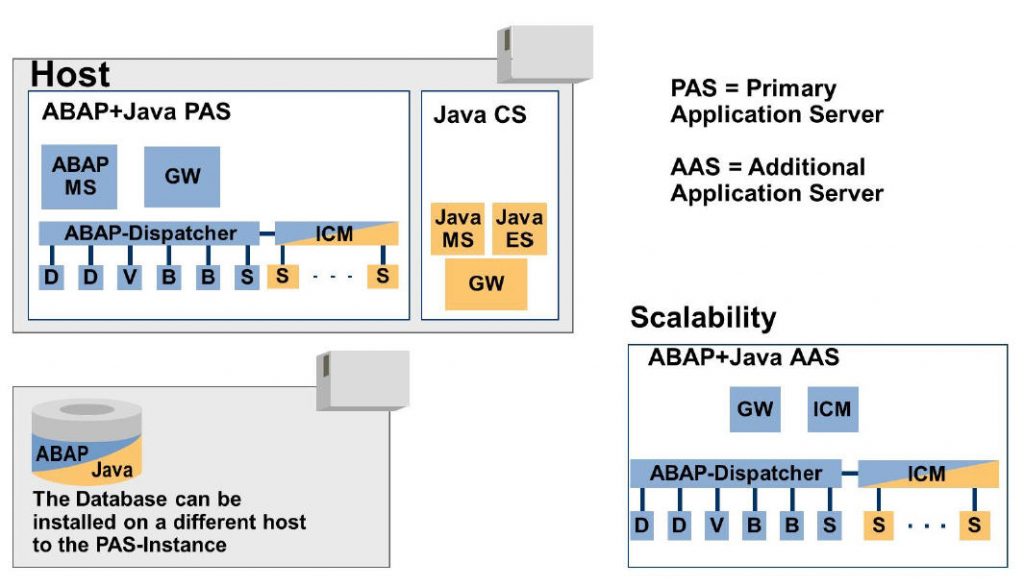 12.We will explain access to SAP NetWeaver 7.1 or later through SAP GUI and Web Browser. SAP GUI is responsible for load balancing the Application Server in the Message Server to connect to multiple SAP servers by setting up Load Balancing as the SAP Logon Group. Accessing through the Web Browser allows access to multiple application servers using the SAP Web Dispatcher. This Web Dispatcher performs the Load Balancing role. 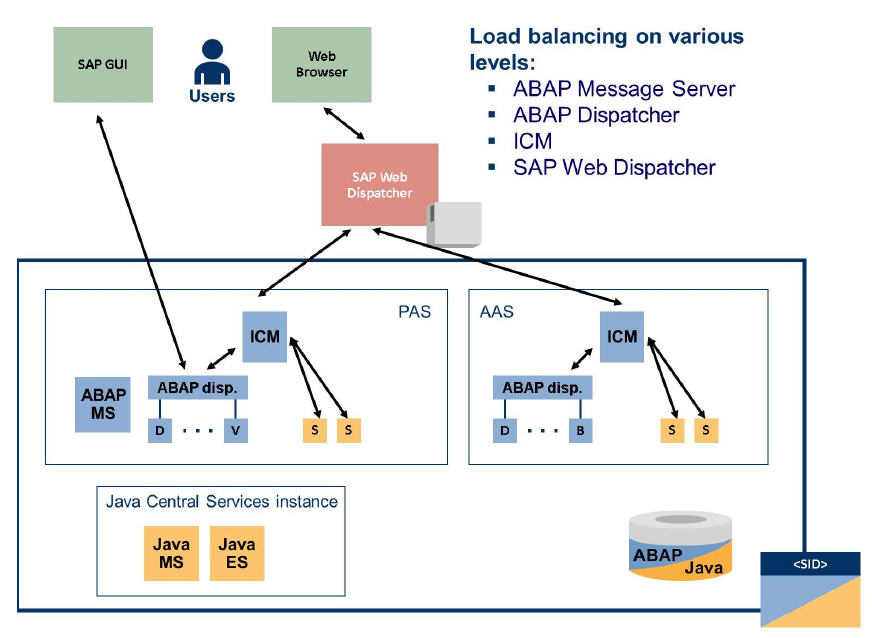 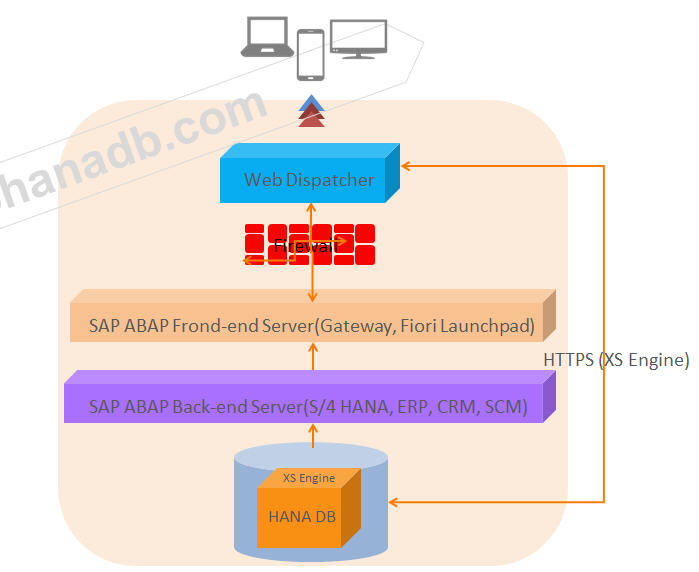 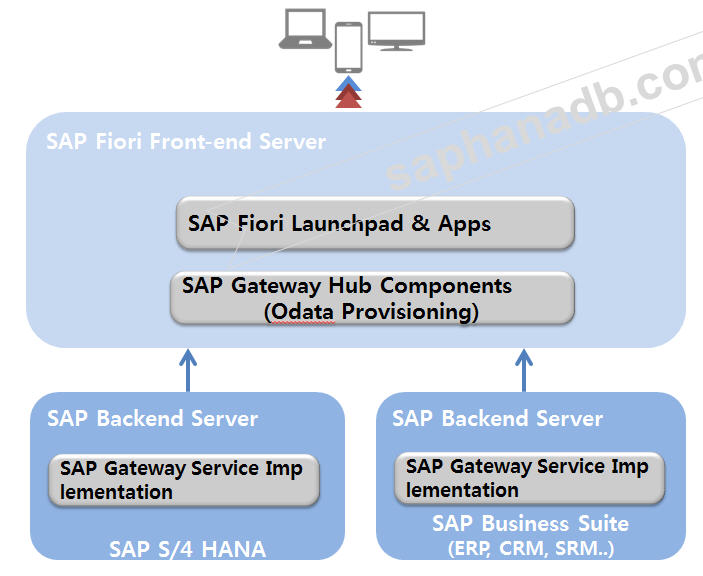 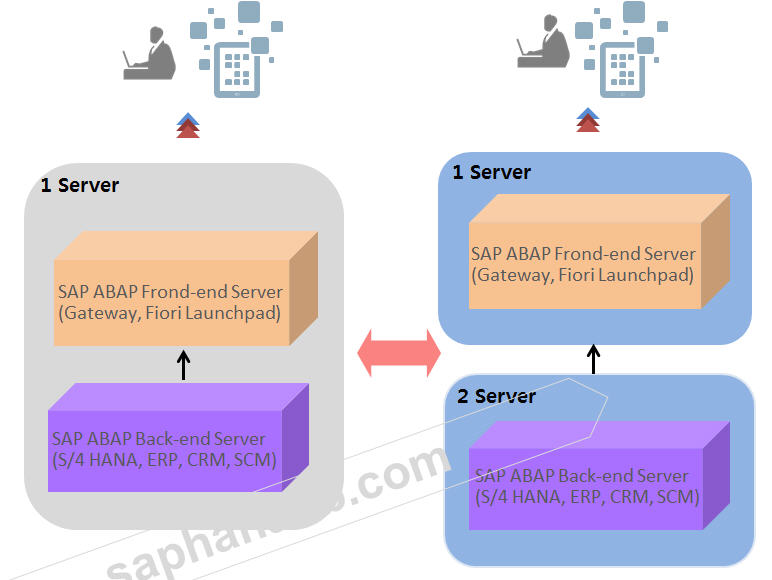 And the back-end server of S/4 HANA must use SAP HANA DB. 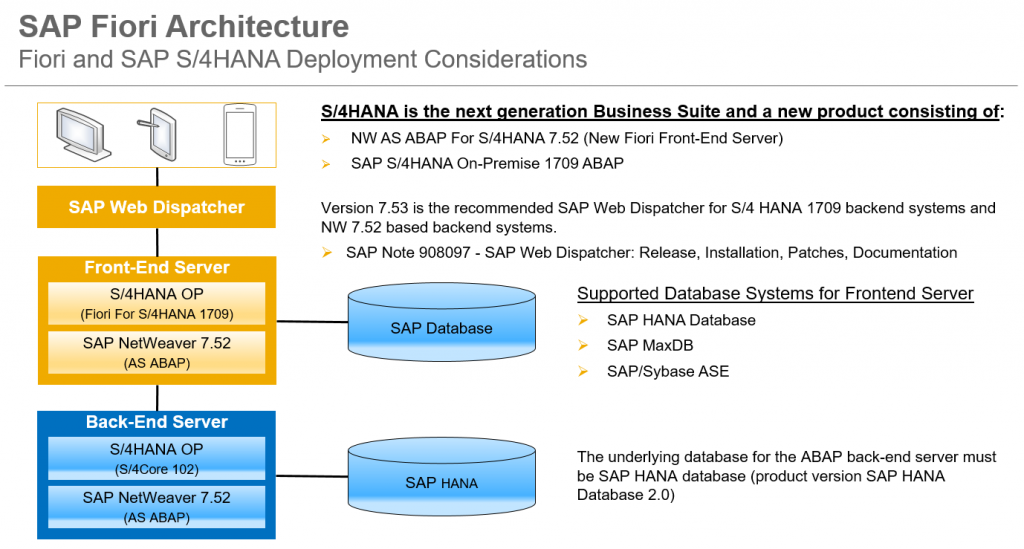