Before I talk about SAP Memory Management, I would like to learn how to set up SAP Memory by sharing my knowledge and knowing more about SAP. In order to explain the SAP Memory, there is no material that can be easily explained to find the data. I will explain some pictures by drawing it.

SAP ERP 6.0 and S / 4 HANA’s SAP Memory settings differ in how they are changed. So, first of all, there are a lot of companies who are using SAP ERP 6.0, so we will explain how to set up ERP 6.0 memory and explain the changes in S / 4 HANA.

1. SAP is about the release history of ERP and S/4 HANA.

2.  I will explain the memory used by SAP Application Server.

The SAP Memory setting is set for the SAP Application Server, which corresponds to the middle part as shown below. 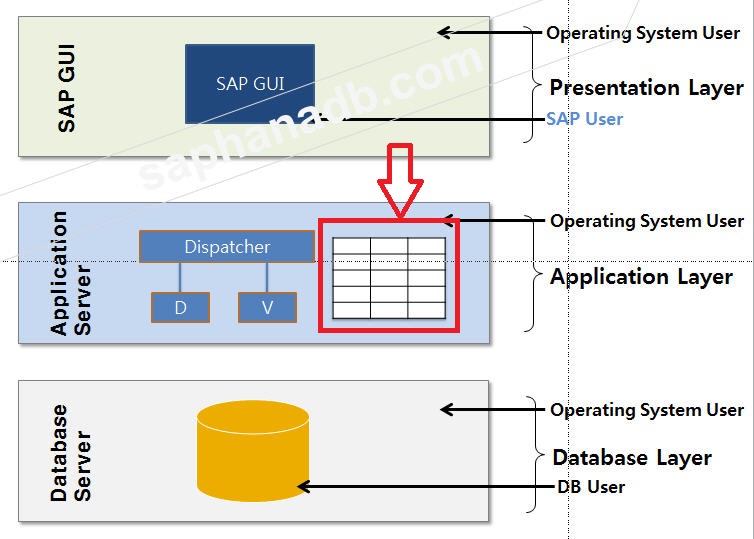 3. The following figure shows the flow when SAP NetWeaver AS System connects to SAPGUI of user PC and executes Transaction. You can see that SAP Application Server uses Extend Memory, Program Buffer, and Roll Memory. 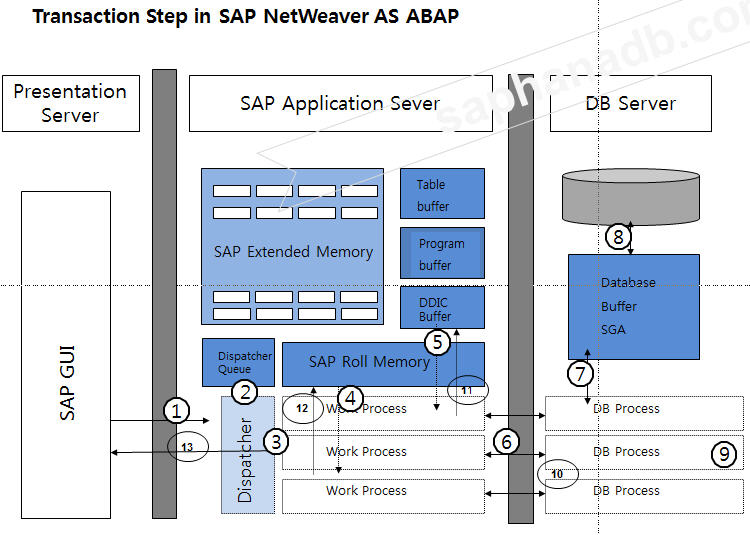 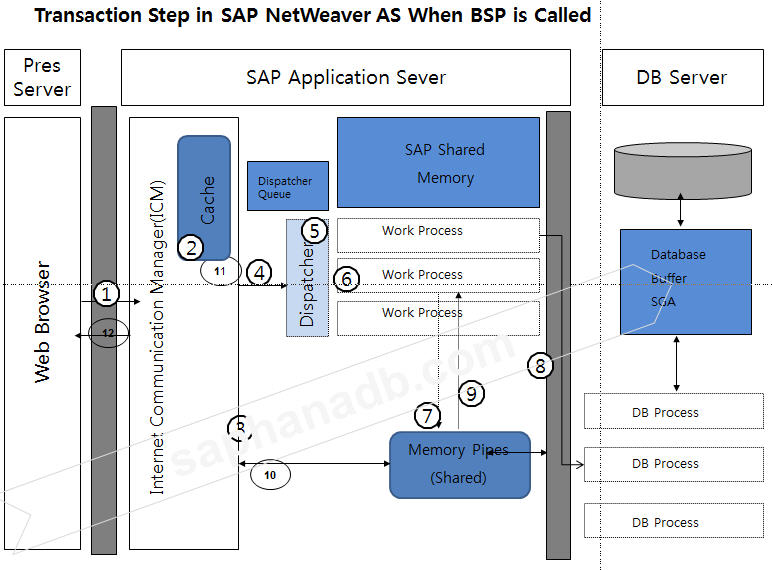 So far, we have seen how SAP Web Application Server handles user requests.

Physical Memory = The actual physical memory attached to the H/W 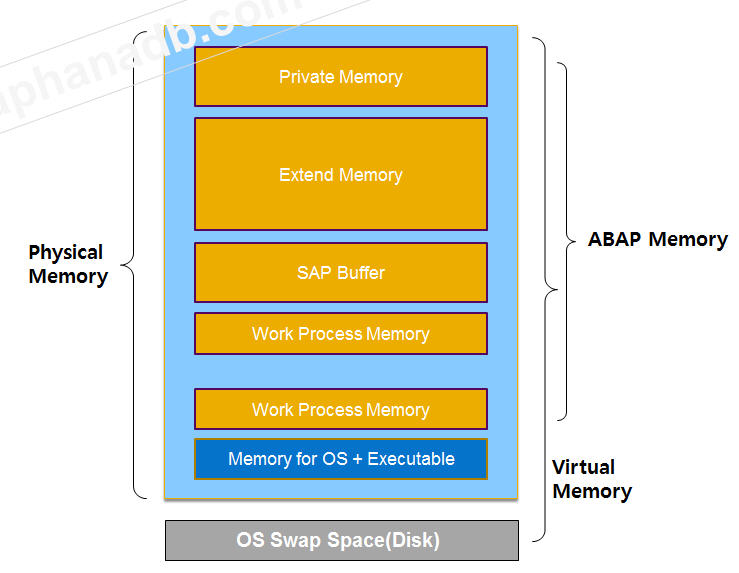 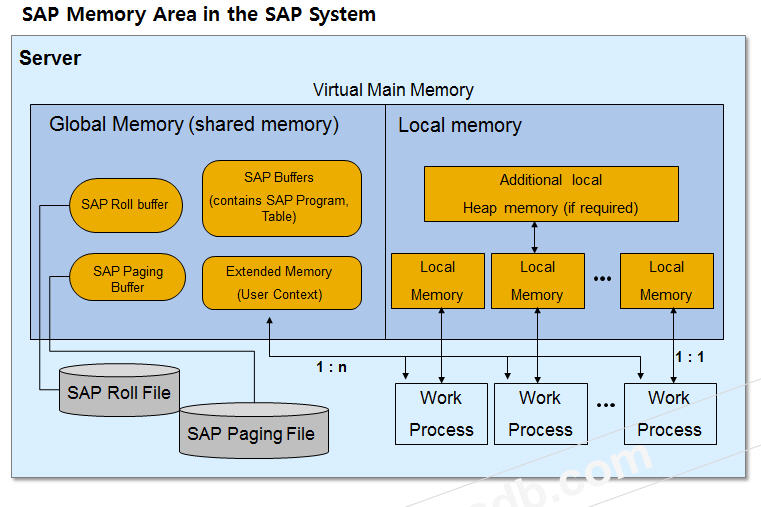 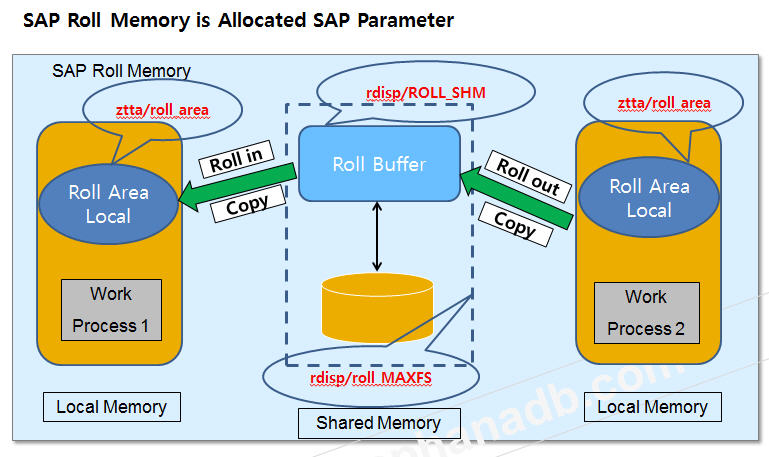 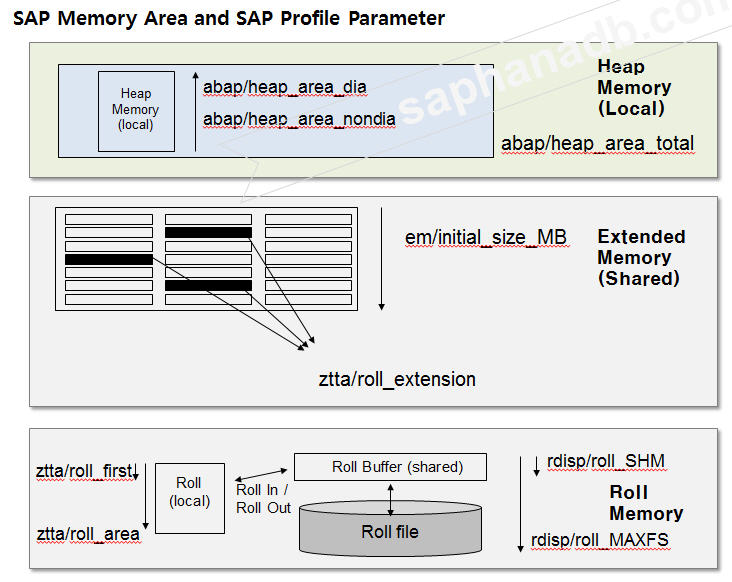 – abap/heap_area_dia      : quotas of SAP heap memory that a dialog  process can allocated.

– abap/heap_area_nondia : quotas of SAP heap memory that a nondialog  process can allocated.

– abap/heap_area_total     : size that can be allocated in total by all work  process.

– em/initial_size_MB       : size of SAP extended memory allocated when   the SAP instance starts up

– ztta/roll_extension       : maximum size of a user context in the SAP Extended memory 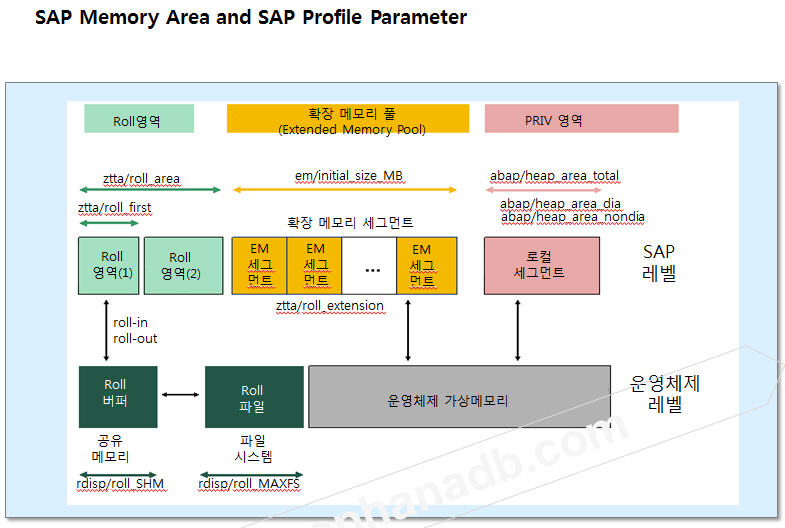 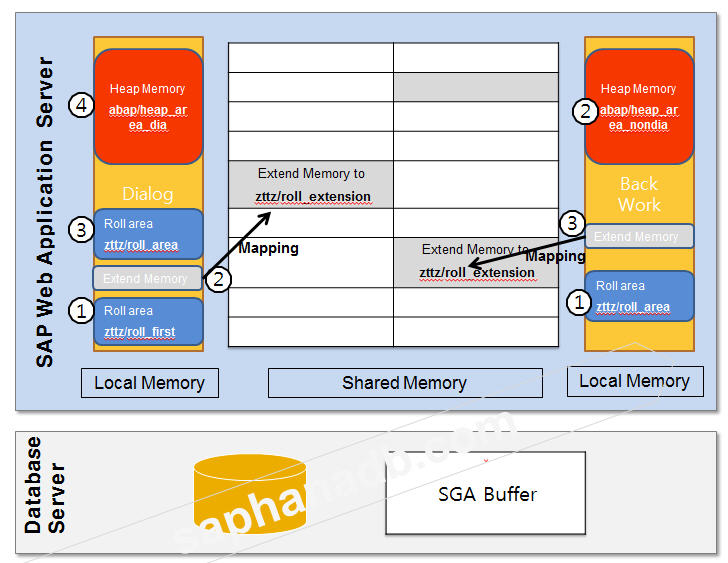 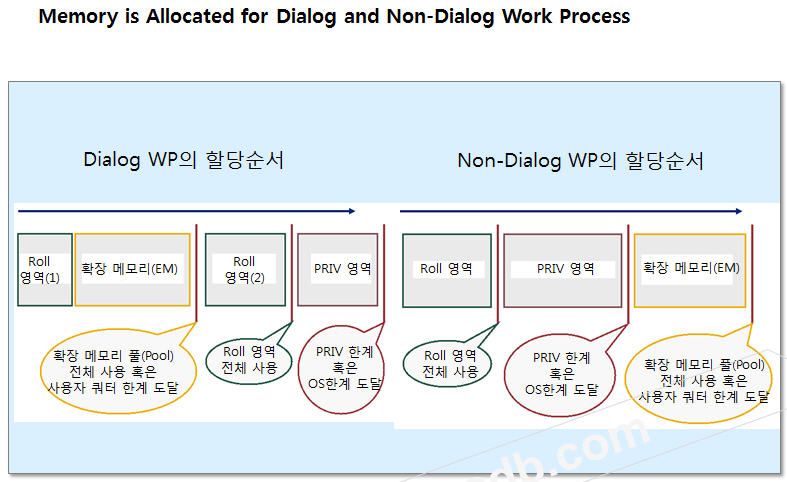 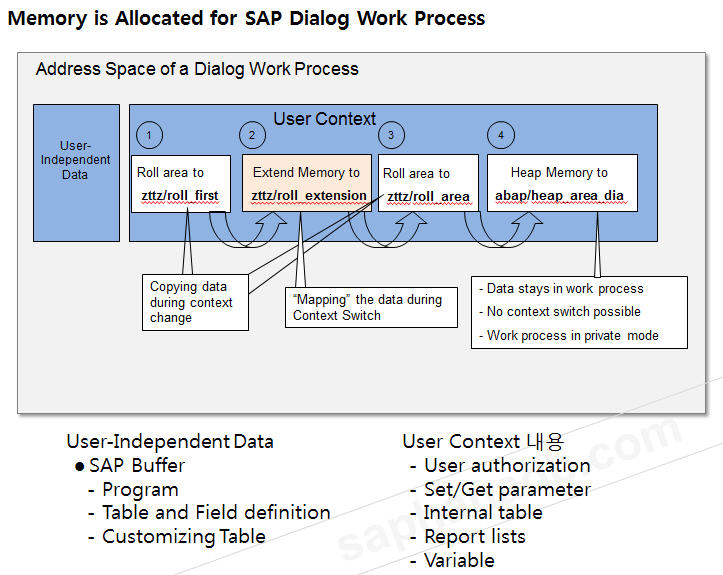 Non-Dialog Work Process uses Roll Memory in the first work process such as Background and Spool, and then Heap Memory. And finally, we use Extended Memory. 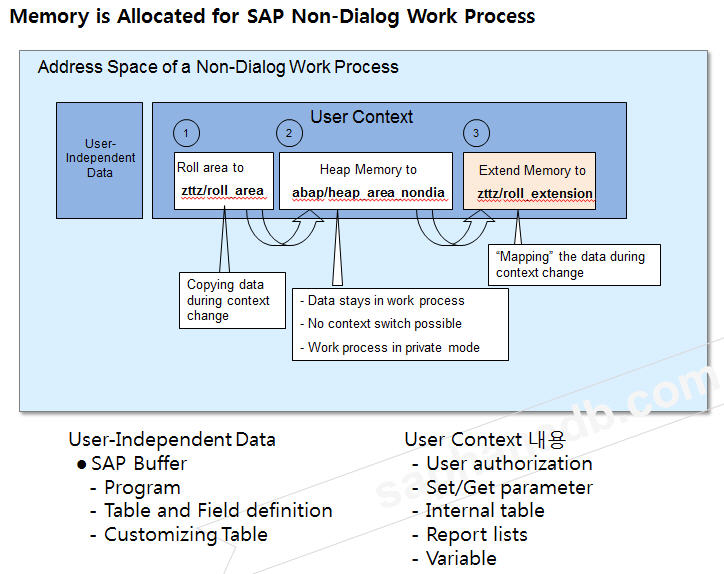 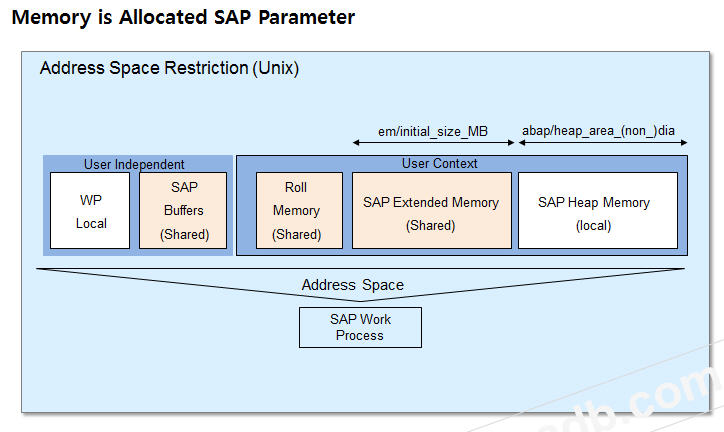 In the Windows environment, the contents of the parameter to be set by SAP Memory. In a Windows system environment, Zero Administrator Memory Management can be set to a reasonable value, such as parameter PHYS_MEMSIZE = 90%. 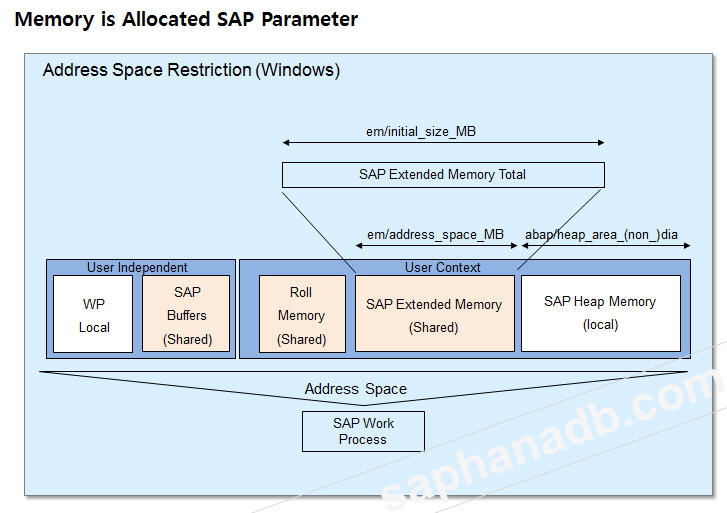 All saved areas of the Roll Area have moved to Extended Memory, making it easier to set up memory with Zero Administration Memory Menagement. 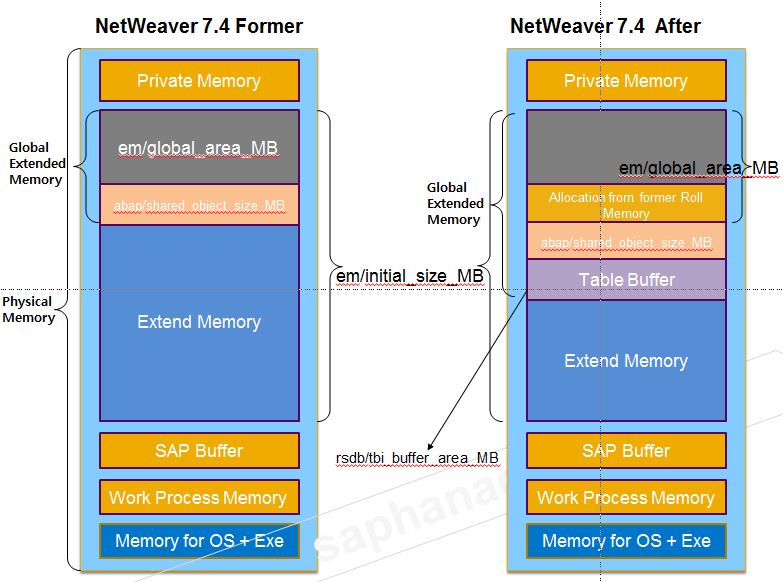 So the following parameters have been removed for SAP NetWeaver 7.4 and later S / 4 HANA versions.

rdisp/roll_MAXFS  :  Size of the roll file in 8 KB blocks

In Transaction Code ST02, you can see that the Roll Area disappears.