Configuration of HANA Scale-up and Scale-out

We have a strange experience for the first time hear the term heunhideul . This word (concept) is not there is not a sense of what kind of content if the content is in English even now unfamiliar to introduce the concept of scale-up and scale-out , is that such cloning.

Now, when the building HANA is what I explain in the existing data base (DB) part out of Oracle, the concept of installation ( deployment) from the MS SQL server it will use to explain this.

That is most often used to facilitate understanding we will explain how the HANA , based on an Oracle database are different.

In that configuration , Oracle DB in Single Server halttaeneun first start was used and the problem will not be able to use this situation did not occur when connecting to a server failure occurs . 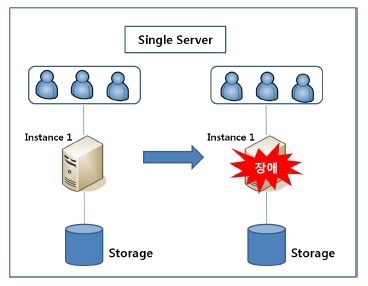 So it will come out in the market a product called Oracle Real Application Clusters (RAC).

This would be possible in this situation is connected one-to- server connection failure does not occur by a different server . Active means that if the server fails, users connected to the Standby server can continue to work. 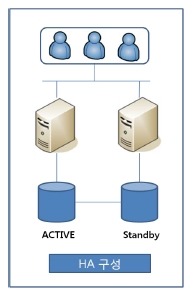 Using multiple servers (Node) as shown below , even if not connected to one server problem occurs, you can continue to perform the duties connected to another server. 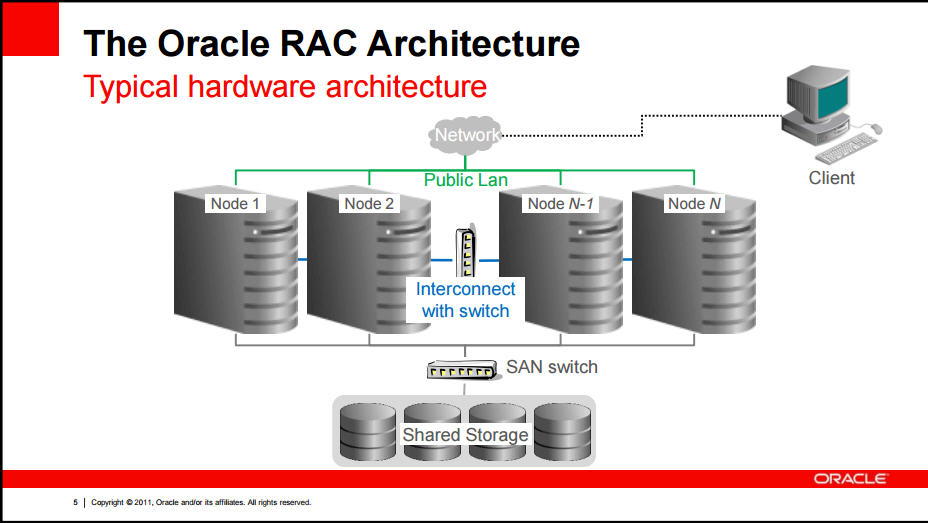 Here can also be configured as a 1 Single Node SAP HANA Users can also continue to consist of a high availability configuration, as many (High availability) to perform the duties connected .

How to configure the program to the following four server (Node) as recommended by SAP.

The SAP is called Node 1 once called the Master node and Node2, Node2 the Slave nodes, the nodes Node4 Standby times. 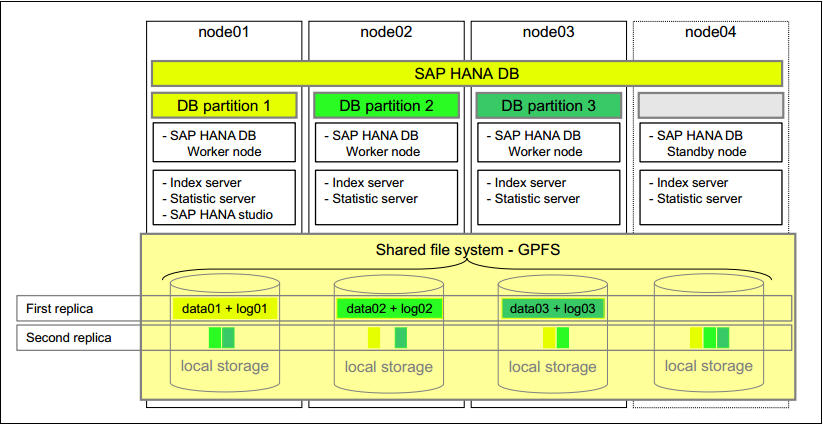 Below is a picture showing that there is a physical node Node 4 burn Standby Disk. 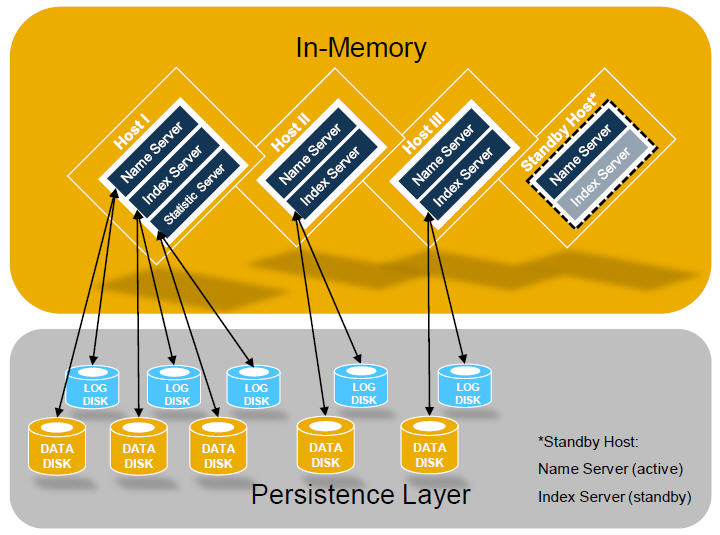 The reason for configuring the HANA general to another server (Standy server) to perform that role when the same concept as one server that gave describes Oracle RAC issue is not connected to generate the user know that the server looks like a problem who will not continue to perform the task
So what are referred to as configuration consists of Scale out. But it is HANA will use the memory as DB saw a lack of spatial data continues to use more memory when increases. This is a problem when you use the first andoejiman HANA will run out of memory if you use the data continues . When the data is increased when we use the Oracle DB gave in addition to the disk increases the capacity will HANA sikyeojwoya increase the memory because it uses the memory.

If the existing server using 4TB of memory is a way to add a CPU and memory. To do this, the hardware you ‘re using an existing O devices that can be mounted up to 8TB.

So when you buy a server to the initial introduction of the HP or Lenovo hardware (H / W) to purchase equipment to be sure that the installed Memory up to several GB. HANA when used since the In-Memory equipment database to store the data in memory The more the data is to get the situation as far as the structure must be expanded to add more memory .

How to increase the memory to add that you can solve problems where data is increased to Scale up Scale out the way and manner , if BW BW NLS (Near Line storage) method.

3 thoughts on “Configuration of HANA Scale-up and Scale-out”